Slated to open some time between October 2020 and March 2021, Crossrail is an ambitious project to develop a new railway – called the Elizabeth line – that represents the largest current infrastructure development in Europe.

The Elizabeth line will serve 41 stations, with 10 of these being entirely new builds. For the existing stations that will connect with the new line, 30 are undergoing works to upgrade them to handle the new model trains and the increased passenger volume.

Fully integrated with the city of London’s existing transport systems once completed, the line will run for more than 100km and is expected to add £42bn to the UK economy. Once operational, Farringdon station will be one of the busiest in the UK, with 140 trains passing through every hour.

From the digging of the tunnels, the construction and renovation of the stations, the laying of the track and the running of the trains, steel has played a vital role in this epic project.

“Everything on Crossrail is built for a 120-year design life and steel plays into this.”

One of the 10 new builds, Farringdon station is a combination of precise engineering and bold architectural design. The station’s two new ticket halls are connected by underground tunnelled platforms and incorporate design elements that reflect the area’s environment and heritage. 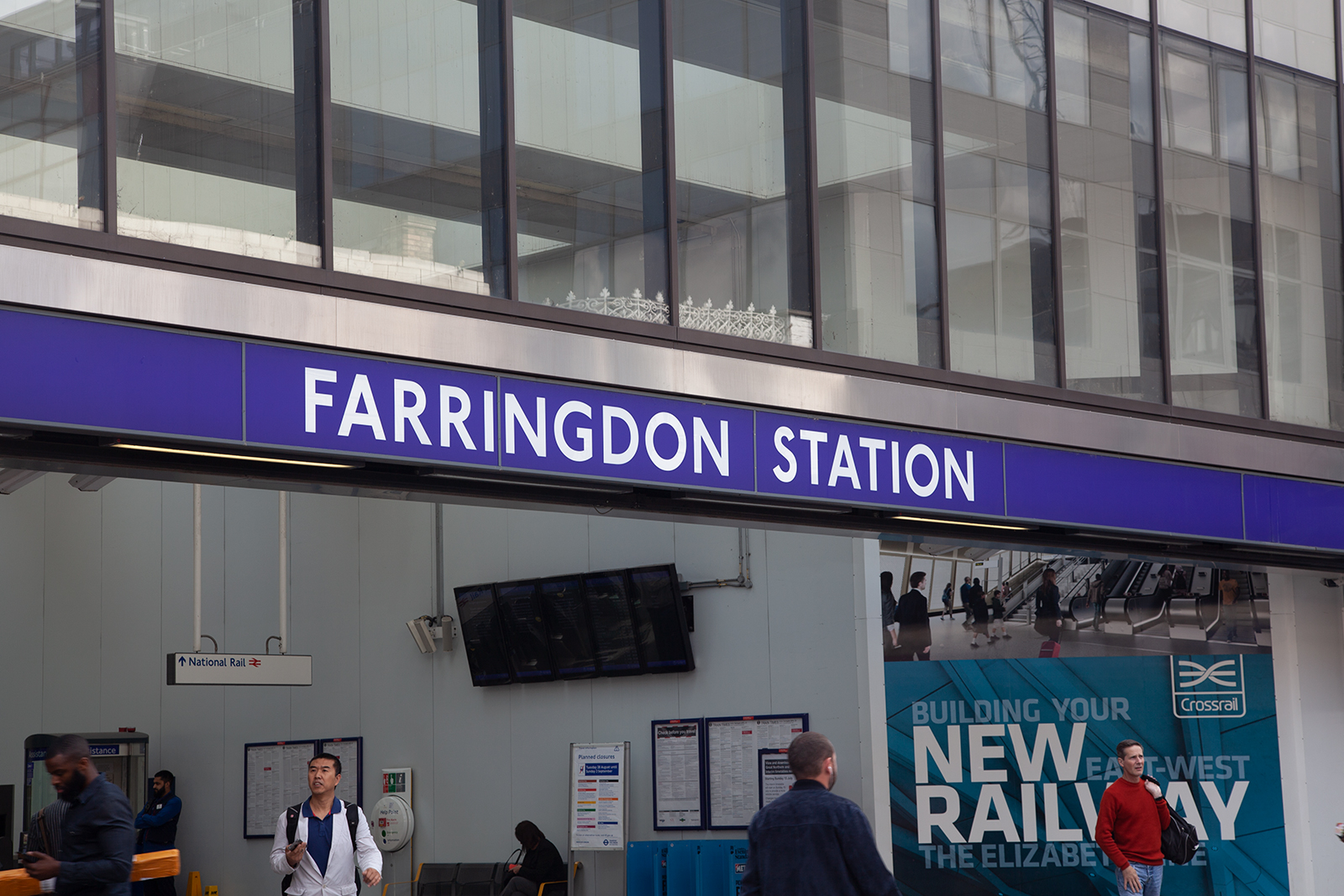 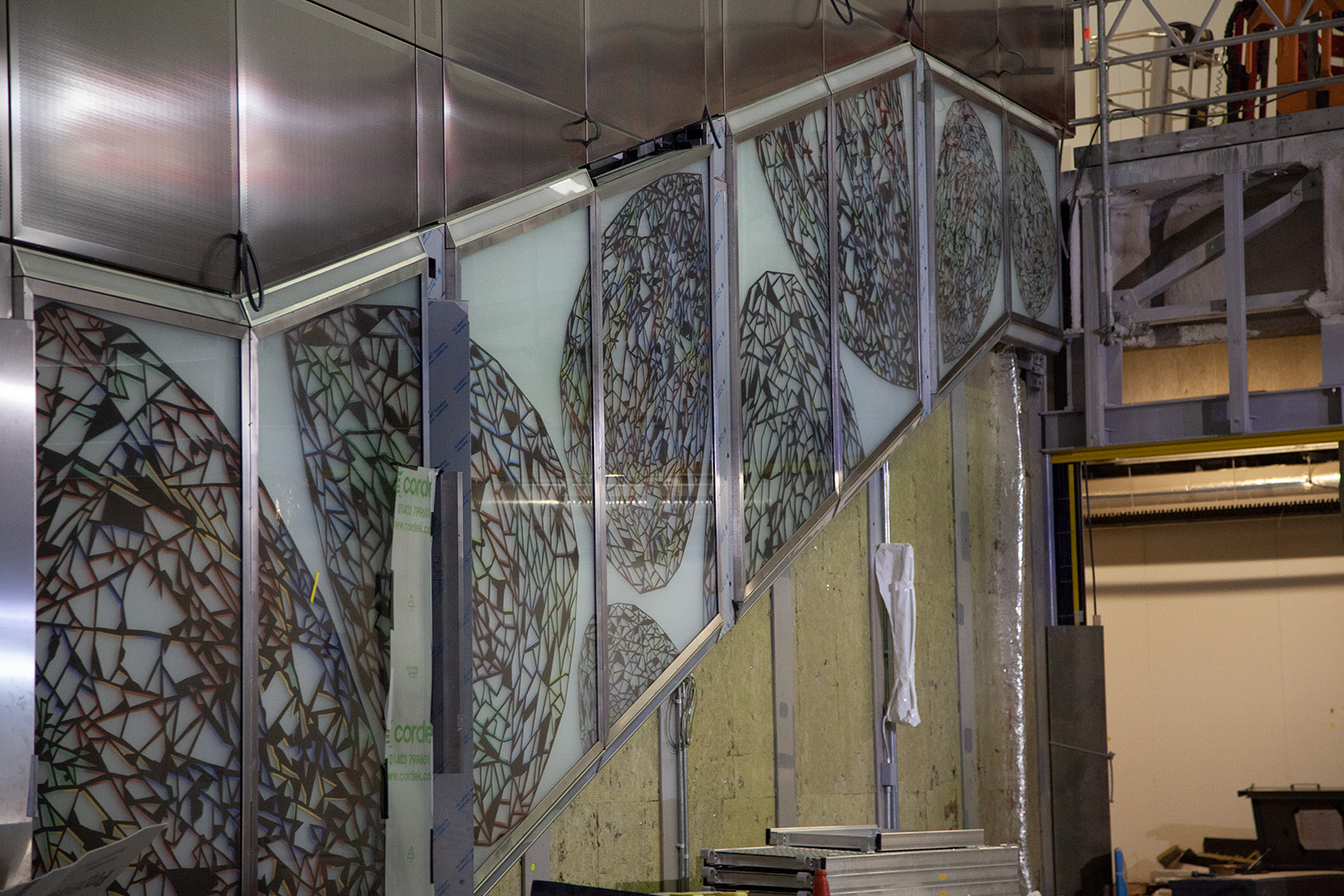 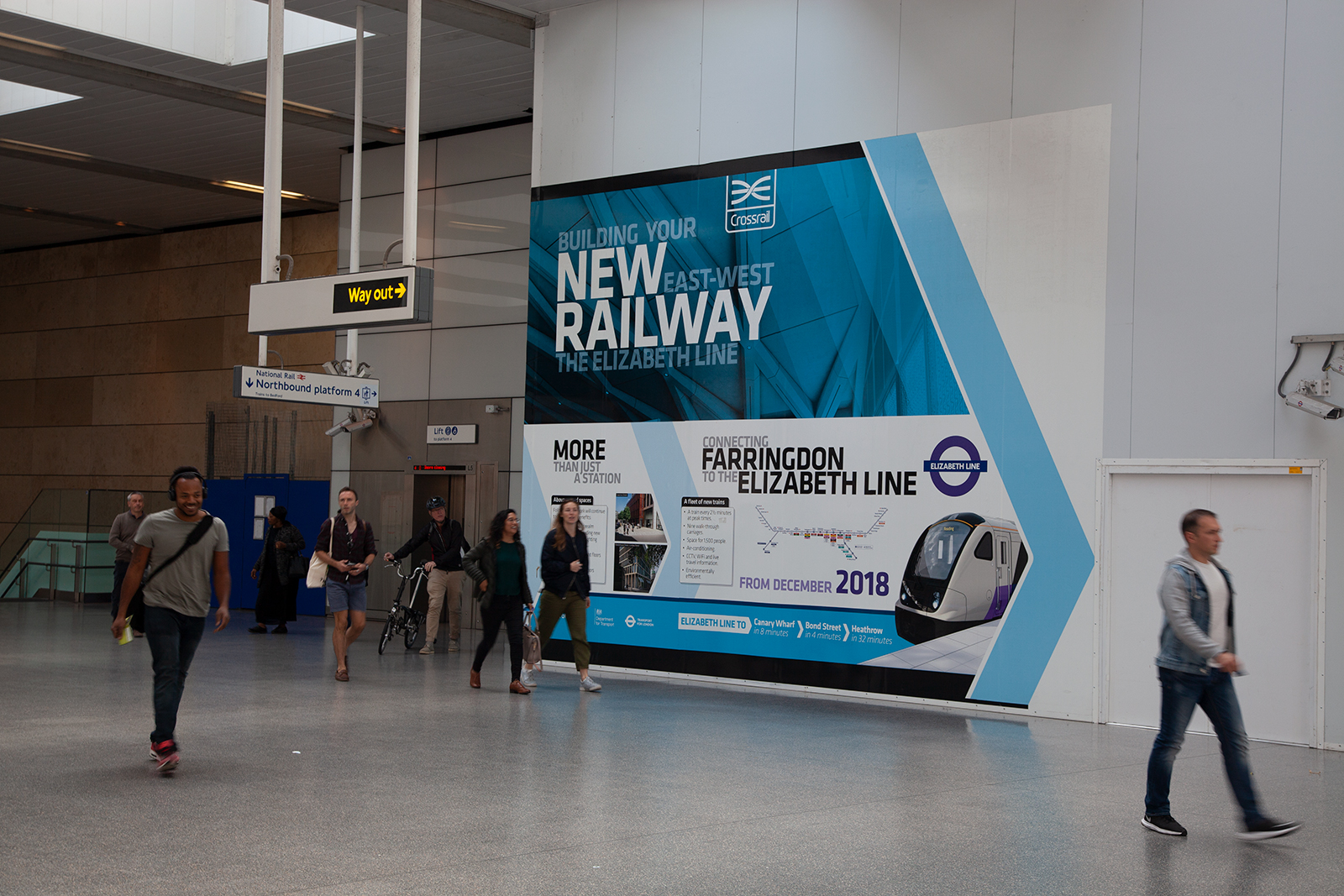 More than 40 kilometres of new tunnels were created to service the Elizabeth line, reaching depths of 40 metres and presenting a complex challenge for engineers.

Farringdon is deeper and wetter than other Crossrail sites. As a result, the tunnels are made of steel reinforced concrete that is cast in situ. Prefabricated steel sections that support the tunnel structure allow for high speed of construction, which minimises disruption. This is particularly important in large scale projects in crowded urban areas where site activity can impact on surrounding infrastructure, while timetables and costs must be kept to a minimum.

In combination with the use of prefabricated modular steel sections, the on-site casting was a key component of the project’s successful tunnelling strategy, and around 1,750 tonnes of sprayable concrete was deployed at Farringdon, with 12,750 tonnes of steel reinforcement bars supporting the tunnel structure.

“Everything below ground is generally in reinforced concrete,” says Martin Gamble, construction manager for Farringdon, adding that “where the seven-metre tunnel boring machine tunnels were expanded out to 12 metres, a sprayed concrete lining was employed”.

“Obviously, concrete is very poor in tensile strength. Having the steel there means that the strength of the concrete can be achieved very quickly.”

“Within this sprayed concrete lining are lengths of steel reinforcement which are added to the mix when the concrete is being prepared. This steel actually gets thrown directly out of the nozzle, providing the tensile strength for the primary lining when that starts going off.

“Obviously, concrete is very poor in tensile strength. Having the steel there means that the strength of the concrete can be achieved very quickly.” This technique also meant the Farringdon team could avoid the difficult process of installing steel reinforcement bars and spraying around those.

It was this steel backbone to the prefabricated loadbearing components and sprayed concrete that allowed for a quick and efficient establishment of the tunnels that allowed the rest of the project to continue.

Identity ensures that a consistent brand that is reflective of local contexts is followed. Here, Farringdon is able to combine its expanded infrastructure for handling new trains and increased passenger numbers, with a bold aesthetic that reflects the heritage of its local area.

At Farringdon’s western ticket hall, a 450-tonne suspended celling has been made in a diamond structure to illustrate the jewellery businesses located in nearby Hatton Garden. A massive steel structure was installed to support the construction of the ceiling, remaining in place until the permanent structure was completed.

Around 99% of all the materials deployed at Farringdon were reused

In the eastern ticket hall, references to the nearby Barbican Centre can be seen, while both halls feature champagne coloured stainless-steel cladding and glass panelling that will give the Farringdon site a light and welcoming atmosphere for London’s commuters and tourists.

The stations along the Elizabeth line have been designed so that as passengers move upwards from the tunnels to street level, each site will have its own unique character as well as offering safe, accessible and striking spaces that can be traversed easily and efficiently.

The platforms also have sealed stainless-steel and reinforced glass screen door units, removing the tunnel through-wind and providing screens relaying information on the number of passengers in each individual carriage for incoming trains. This allows passengers to move to the section of platform corresponding to the carriages with room for them, increasing efficiency and comfort.

This principle was adhered to throughout the process, including in procurement as 96% of contracts were awarded to companies based within the UK, with 62% of suppliers based outside London.

More than 80% of the construction machinery involved in the Crossrail project’s central section were fitted with emission controls that reduced pollution, while 98% of the material excavated from the sites was reused. This includes 4.5 million tonnes of material from tunnel excavation being shipped to nearby Essex to create a new 600-acre nature reserve.

Farringdon’s societal and environmental impacts have been a key consideration, with many of the materials used being sourced as locally as possible, including 2,500 tonnes of structural steel.

Farringdon’s societal and environmental impacts have been a key consideration, with many of the materials used being sourced as locally as possible, including 2,500 tonnes of structural steel and 2,750 tonnes used in the site’s temporary works, while reuse of materials was central to the planning of the excavation phase.

“Any spare steel and some of the props that were cut out were taken away and recycled,” says Gamble, who adds that about 99% of all the materials deployed at Farringdon were reused.

“Everything on Crossrail is built for a 120-year design life and steel plays into this. Having things installed for such a long time and not being recycled was a key aspect, making sure that you build it once and it stays up.”

With such a large-scale project, the choice of materials can influence the success of every phase and by choosing steel Crossrail is ensuring the longevity and sustainability of the Elizabeth line and the future of London’s transport.

Steel and concrete are fundamental materials for the construction sector, but how do they compare when used in residential buildings?

Modified steel shipping containers are being used to construct the Ras Abu Aboud stadium in Qatar for the 2022 Fifa World Cup.

Scheduled to open in 2023, the Canakkale 1915 bridge will be a steel-built infrastructure first, spanning the Dardanelles strait that separates the European and Asian continents.