Following the earthquake that struck New Zealand in 2011, the historic centre of Christchurch has been rebuilt to be more seismic resistant and steel is at its core.

Even for a city with experience of earthquakes, the 6.3 magnitude tremor that struck Christchurch in February nine years ago was unprecedented in its impact. Many lost their lives, while 10,000 buildings were demolished and central infrastructure, including water, power, communications and transport systems, were devastated.

The entire business district at the city’s once-thriving centre would remain closed for two years as Christchurch began the arduous process of salvage and recovery. In the short-term, retailers began trading from steel-built shipping containers brought in to reinvigorate the city and open spaces were turned into entertainment zones as the population began their first steps towards normality.

Now, nearly a decade later, the historic centre has been rebuilt. The challenge, however, of undertaking a construction so far-reaching and ambitious in an occupied city required a fundamental rethink and an innovative approach.

The city’s infrastructure required a full rebuild, involving more than 700 individual projects. Headed by the Stronger Christchurch Infrastructure Rebuild Team (SCIRT), the plan was to restore the civil infrastructure as quickly and efficiently as possible. More than 600km of sewer pipes, 100km of water pipes served by 114 new pump stations, 1.3 million m2 of road surface and 144 bridges had to be refitted.

“Most of this new Christchurch is built of glass and steel… Thanks to 3D computer modelling, you can now draw anywhere, construct anywhere and expect it all to fit together on site.”

Steel was used throughout the bridge restorations, with steel girders underpinning new support structures, stainless steel rods grouted into cracks, and the central Memorial Arch featuring steel insertions into its masonry columns and a steel-built ‘rocking base’ that protects it from future quakes. This approach would also inform the restoration of Christchurch’s many destroyed buildings.

While earthquake-resilient buildings have similar primary structures to traditional designs, the resistant components are integrated in to these conventional structures. This takes the form of highly ductile, replaceable components that allow these buildings to absorb multiple tremors and be easily restored to their pre-earthquake condition.

While new buildings, such as Deloitte’s headquarters in Christchurch, feature advanced components, such as replaceable, base-isolated bearings that are part of the foundations, even existing heritage buildings can be retrofitted with earthquake-resilient design. 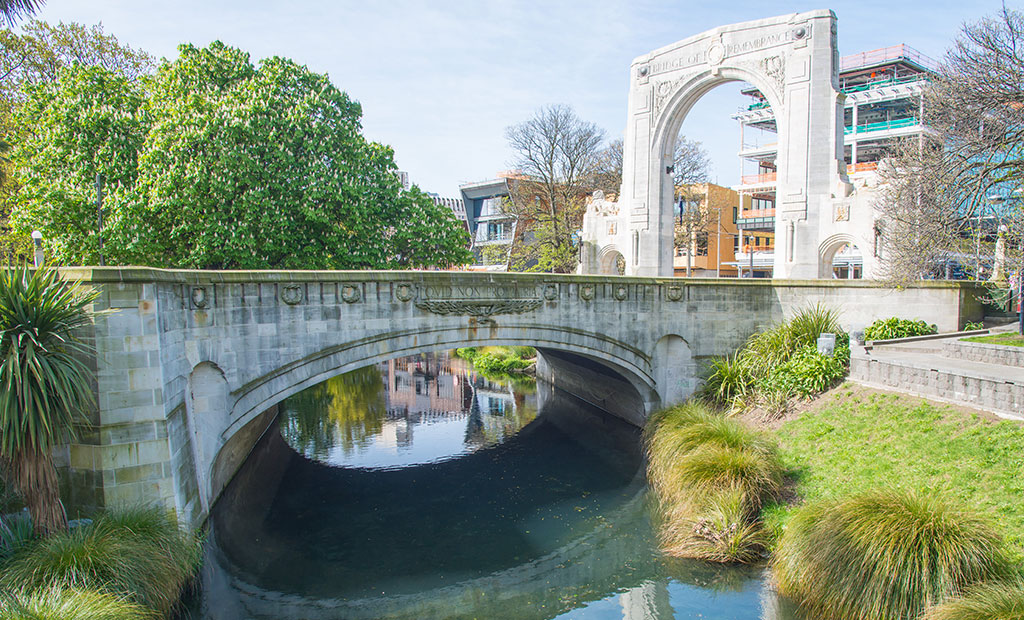 More than 140 bridges were restored, with the new steel built reinforcements blended invisibly into heritage design 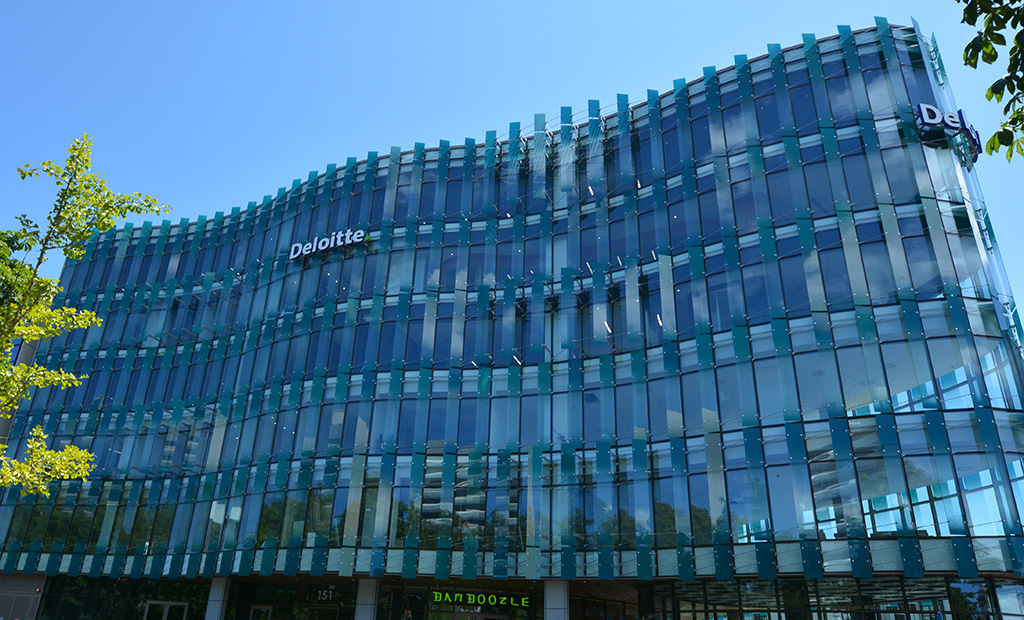 Alec Bruce is director of local architecture firm Wilkie + Bruce which was behind the $3.6m rebuild of Knox Church following the earthquake. Featuring original elements from the early 1900s, the building now boasts a flexible steel envelope that encases the restored timber interior and protects the entire structure from seismic activity.

“This is such a different city, an instant city,” says Bruce. “We’re not getting a hand-made city like the old Christchurch. We’re getting a machine-made city because that is where construction technology has taken us.

“Most of this new Christchurch is built of glass and steel. And a lot of that steel is prefabricated in Thailand or Australia and shipped in. Thanks to 3D computer modelling, you can now draw anywhere, construct anywhere and expect it all to fit together on site.” 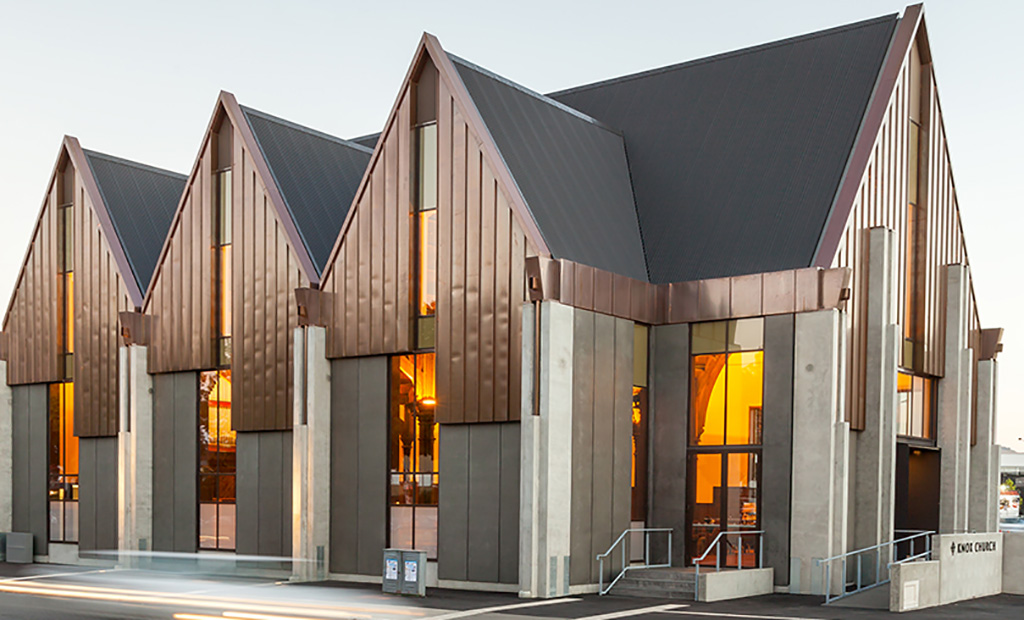 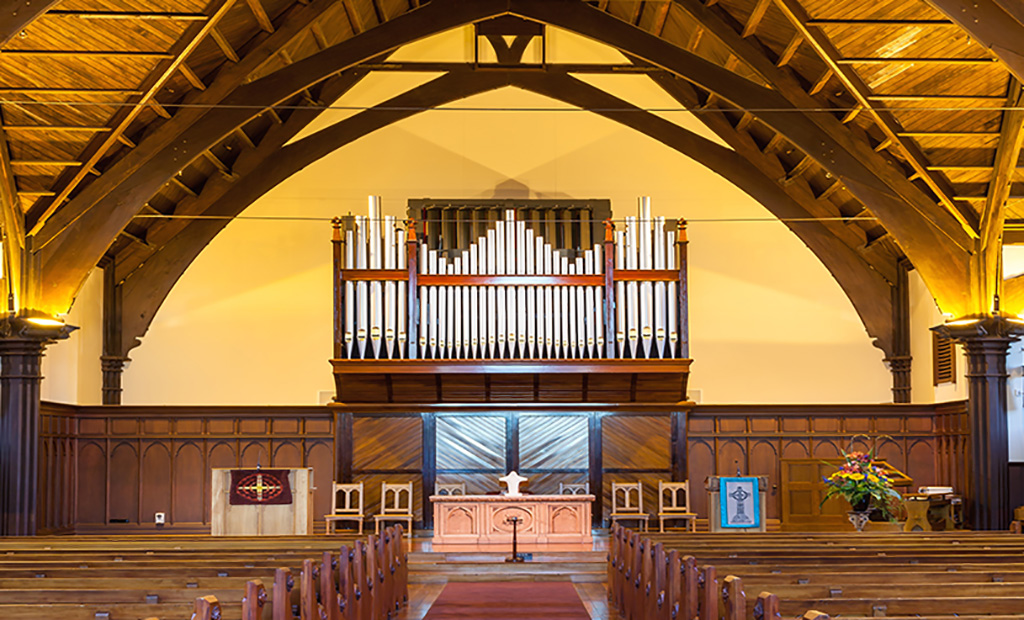 Renovating existing historic buildings and employing new, more earthquake resistant construction techniques while minimising disturbance to the population presented a serious challenge. The need for speed, precise coordination and seismic resistance led many of the teams heading up rebuilding and renovation projects to turn to steel.

As discovered by a research team analysing Christchurch’s transition towards steel-built solutions, the city had formerly relied upon reinforced concrete. However, the team’s report showed that concrete structures had proven “difficult to inspect, repair and reinstate after a major event”. This led to a shift in approach for the city’s post-earthquake rebuild.

The opinions of structural engineers and the expectations of business owners and tenants played a significant role in the choice of materials. There was a strong impression that the structures left with the least damage and highest reparability after the 2011 quake had been steel-built.

Other factors included the swift erection speed of structural steel, as well as its high strength-to-weight ratio that means less weight is exerted on the foundations. This was particularly important due to the poor soil conditions in Christchurch.

This combination of factors informed the switch to steel and, as the rebuild nears completion, Christchurch can enjoy the knowledge that its gleaming new, steel-built city centre will be far more resilient in the face of any future earthquakes.